The Tamil Language is thought to be one of the oldest classical languages in the world. Whilst historians have been unable to provide an exact date of origin, there is evidence suggesting it has been spoken since 500BC.

It is hard to digest that the exact time when Thamizh was born in this world is still unknown.

Here's a few interesting facts about the language!

Tamil was declared a classical language by UNESCO

In 2004, the Union Cabinet created a new category of languages known as classical languages, which would be based on certain criteria. Tamil was the first to be included in this. The criteria requirement was based on antiquity, a rich and varied ancient text and original literary tradition.

The below line will leave you think how good this ancient language can be.

In straight sentences, the meaning will remain intact even if we change the order of the words. Example:

Many words from languages like Sanskrit, Arabic, Prakrit and Persian (Indo-European language, native to Iran) have adapted by (modern) Tamil vocabulary. Still, grammar and structural integrity of Tamil remains intact or unaffected from influence of other language.

In 2016, the Canadian parliament announced that every January will be recognized as Tamil Heritage Month, coinciding with the harvest festival, Pongal.

ONLY LANGUAGE THAT PERSONIFIED AS A GOD

Located at Karaikkudi, Tamil Nadu is a temple for ‘Tamil Thai’ (‘Thai’ means mother), which is a god that is considered the deified personification of the Tamil language as a mother. 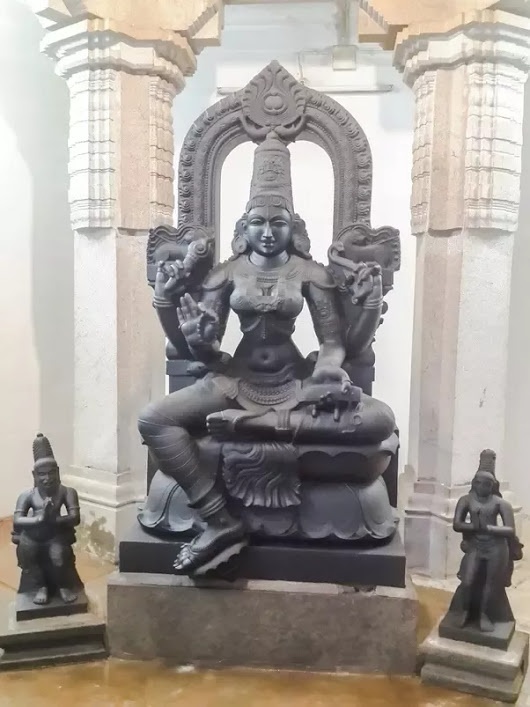 Tamil has a term to denote 10 to the power of 21 (Aambal). It also has terms to denote everything in between Anu and Aambal.

Tamil has a term to denote everything in between Anu and Mahayugam. 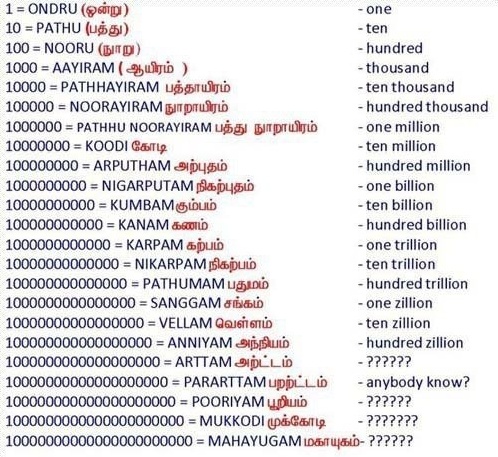 According to N. Parameswaran, quoting from ancient Tamil literary tradition,

According to the Kumari Kandam tradition, over a period of about just 11,000 years (beginning around 9000BC), the Pandyans, a historical dynasty of Tamil kings, formed three Tamil Sangams, in order to foster among their subjects the love of knowledge, literature and poetry. 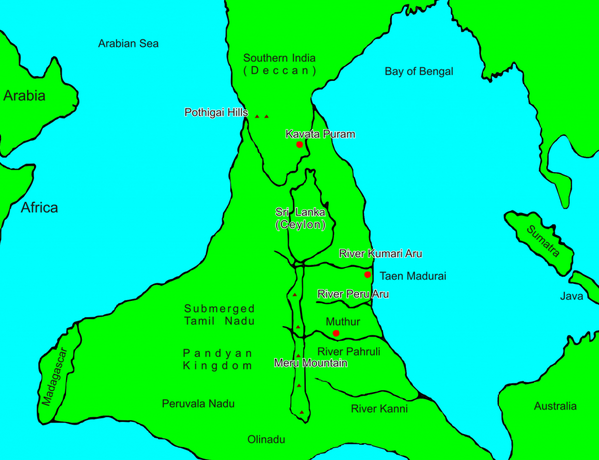 The first Sangam was head-quartered in a city named Then-Madurai it was patronized by a succession of eighty-nine kings and survived for an unbroken period of 4,400 years during which time it approved an immense collection of poems and literature. At the end of that golden age, the First Sangam was destroyed when a deluge arose and Then-Madurai itself was swallowed by the sea along with large parts of the land area of Kumari Kandam.

Indian Archeologists have discovered a Tamil literature called Agasthiam a book which is supposed to be written by Agasthiya maamunivar before some 1500 B.C. this has replaced the oldest literature of Tamil which was previously stated to be Tholkappiam which was created somewhere near 500 B.C and it has been also found that the one of the oldest literature of Tamil is Sangam literature according to some scholars and it has been edited in books of tenth and twelfth standard.

It is also a fact that all the Dravidian languages have been made from Tamil except that of the Sanskrit and most of the words from Tamil and Sanskrit has been lending to other languages such as English.

There are many Thamizh scholars who have tried to find the truth which is the oldest among the language whether it is Tamil or Sanskrit but all have failed to understand the concept behind this which remains a hidden secret till now. Sign up for our fashion and receive style advice and exclusive sale previews.

By clicking enter you are verifying that you are old enough to consume alcohol.

Your cart is currently empty.